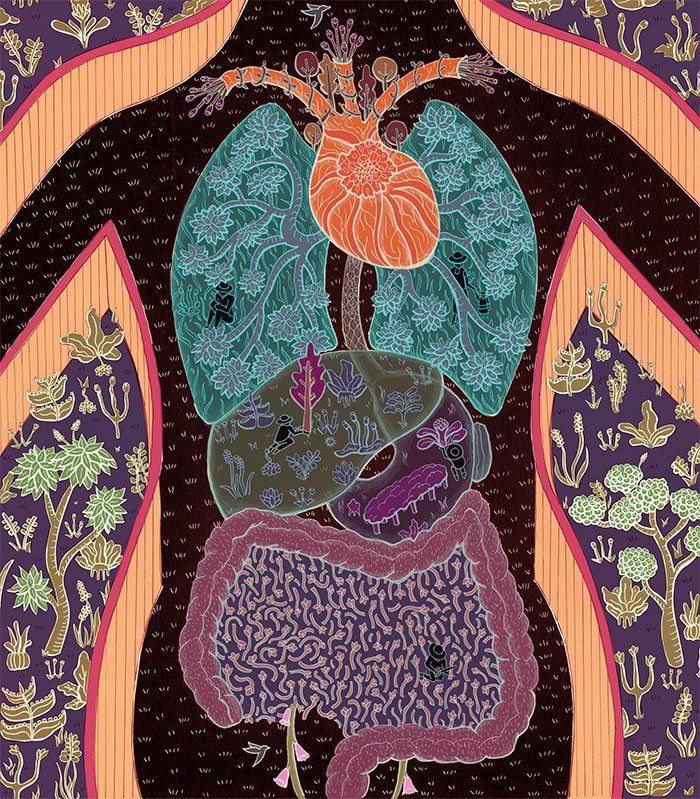 So I’ve been contemplating writing about my experience for some time now. I didn’t want it to be misjudged as a cry for attention but nevertheless the awareness is greater than what people think these days. At first I was in complete denial about having the disease, yes the disease I said it, step 1 to accepting it all.

It all started in October 2017. I had this annoying cough that just wouldn’t go away, it was messing with my social life. I’m quite the active body, “keeping fit” is like my middle name. Whether, it’s gym, soccer and weekly park runs – almost anything that involves sport, I’m there.

The cough continued for a couple of weeks so I visited my family GP just to check it out. My GP told me that it was a chest infection and that after a few days of being on antibiotics and some rest I’d be back to normal. Two weeks passed by and the cough eased up and my chest was okay.

Things at work started getting hectic, as it does with the build up to year-end closure. At first things seemed normal but then this cough came right back towards the end of November. Taking into account that the rainy season had begun and nights felt colder, I just assumed the chest infection was back. Little did I know, my body was shutting down.

13th December… no it wasn’t a Friday but it sure as hell felt that way. I went to work and was told to go see the doctor before I even put my laptop bag down. I called my doctor and was luckily enough to get an appointment for 10am that morning. I reminded her about the cough she initially treated me for and she was quite shocked that it persisted. She then mentioned that she fears it may be pneumonia. My heart literally dropped to my stomach, I didn’t even have time to comprehend it before I was told to go to the hospital immediately for a chest x-ray to confirm her diagnosis.

The next couple of hours my life came to a complete standstill. I was so focused on work and getting a damn project done before the year end that I completely ignored all signs of my body crying out for a break. The next thing I know I’m being admitted as the results have come back to show full blown Pneumonia and traces of TB and further tests would be needed.

As I got shown to my ward a lady came rushing in behind me telling the nurses “no this patient can’t be around other patients”. I looked around to see who they were referring to, turns out, I was that patient. I then got escorted to an isolated room in the ICU ward, and at this stage I was completely freaking out. There was so much running through my mind, how could this possibly happen to me? TB, really? Pneumonia? People die from this stuff … I just couldn’t wrap my head around how my day had turned upside down.

I was left in an isolated room for the next eleven days, no visitors allowed, nurses wearing masks and gloves to protect themselves from breathing the same air as me. I can’t even explain what it was like to not be able to walk around or go outside just to get some fresh air. All I could do was sit and patiently wait for the next nurse to bring me food or put my nebuliser on. All the alone time got me thinking and the cabin fever grew worse by the day. As the time grew closer to Christmas I started counting my blessings. I was getting closer to getting out of there. Thank God for the friends who came to visit, thank God for the people who showed me love and support but I also thank God for showing me who was real and who wasn’t.

Christmas day approached and my festive season felt like it was starting. I was finally at home with my mother and baby sister. But a day that’s supposed to be filled with love and gifts and the celebration of Christ instead felt like a jail sentence. I couldn’t sit at the lunch table as I was still highly contagious and if I were to cough on my sister I could potentially kill her if she caught what I had. I wasn’t allowed to touch her or my mother, so as much as I was out of hospital I still felt isolated.

On the 28th of December I was finally cleared from being contagious. It had been 20 days since I last smoked and had a drink. An automatic cleanse. All I wanted was a puff of hubbly and a drink, but because if my condition I couldn’t drink, smoke, gym and do all other great things I used to as my medication had a new lifestyle in store for me. While I was in hospital the TB spread to my liver, so if I even have one glass of alcohol, my liver could go into instant failure. Is this what my life has come too?

All these hectic changes with my health really started to take a toll on me. Knowing that I couldn’t miss a day of medication made me feel that my life was literally in my own hands and that if I didn’t comply, I could possibly die. I knew I had to change my mind and attitude but I couldn’t switch off my thoughts and feelings. I kept wondering, how do I deal with a relationship, friendships and my family? How do I pretend to be normal and accepting of everything that I was faced with?

New Years Eve was weird. Not being able to drink or “turn up” into the new year. I realised that all the people I would normally celebrate with were no longer around. My house was empty, not a “friend” in sight and it made me realise “the fun” was officially over. It was time to head back to work but my body was still quite fragile. I had lost about 10kgs at this stage and finding work clothes was a nightmare, it just added to my stress. I realised I was not ready to head back to work so the doctor booked me off for another week. I started daily walks at the gym, just to try and build some energy and get my lung to cope. The cough was still there, a constant reminder that my health was still in control and it would heal when it’s ready, not when I think I am.

The week passed and I jumped right back into full work mode, holding nothing back. Hole in my lung or not. My boss and seniors were quite supportive and allowed me to bring on some extra resources to help me complete everything. Just as I thought I was getting back to normal I had to go srtriaght back to the hospital. As I got to the doors at the main reception, I broke down. The specialist told me she  feared that this would happen and referred me to a psychologist as I might be dealing with depression. I didn’t want to accept it but I had to find a way to feel better than I had been.

I’d lost so much at this point. Friends and a relationship – could I be possibly be losing who I am as well? These were the thoughts I was faced with. I had gotten to a point where it felt easier to just give up on everything and everyone. Thoughts of suicide became more apparent but with this my faith also grew, the more evil that would fill in me, the more faith would fight. I started praying and seeking for answers through God. I started talking about what I was going through to complete strangers, just to let it all out. As time has gone on I have come to realise that we need to go through shit in order to re-align ourselves in Gods eyes. It’s sad that it took South Africa’s number one killing disease to show me the meaning of life and the people we choose to journey with. It’s amazing how God put me in a situation and tested my waters to a point where I was convinced I forgot who I was. It’s times like this in life we get a second chance to try again, knowing what we know and learning the lessons from the challenges put to us.

But even though I was starting to feel better, life happened. My uncle, who meant the world to me, passed away. I was so heartbroken that I couldn’t even shed a tear, I was numb. This was when I knew the depression was real, I had no emotion left inside of me and it was scary as hell. I think those around me could sense this.

A few weeks passed and next thing I knew I was in Cape Town for a new work project. I was excited by the idea of a new adventure, a place to start over, meet new people. I felt great for a solid two weeks and then I headed back to Joburg for a work function. It was an event that will haunt me for the rest of my days. Knowing everything that I had just been through in the past seven months, you would think, surely what more can happen to this girl? Well, I ended up having a night that I can’t remember. Literally, I have no memory of it and the thought scares me. My car’s tyres had been tampered with and my drink spiked. I woke up in the hospital with no phone, a blank memory and had been in an accident that no one can explain.

I know, this all just sounds like a series of bad luck. This has just been my life for the most of 2018. Fortunately, I got out with a few mild injuries – a concussion, few bruised ribs – but in a twisted and weird way this accident gave me some good fortune. Thanks to all the many tests I’d had done, my blood tests and x-rays  showed that my TB was finally clear. Even as I write this, I still can’t believe the worst is over. Now everything I’ve written seems so small and all the pain so far away.

TB is not a disease to be played with, and it can become fatal if not treated properly. We live in a country where so many are dying because they have not been educated or made aware of the symptoms. Persistent coughing and night sweats seemed normal to me, yet it could have killed me. I hope no one has to go through this but unfortunately this disease is a reality and it can change anyone’s “perfect” world. Don’t ever assume you’re too good for a disease, this shit doesn’t discriminate. I was once in denial for a very long time…It’s been seven months and I am finally TB free.

Life is unpredictable and painful, yet we just have to move forward. Even when you’re up against the worst, just don’t give up. 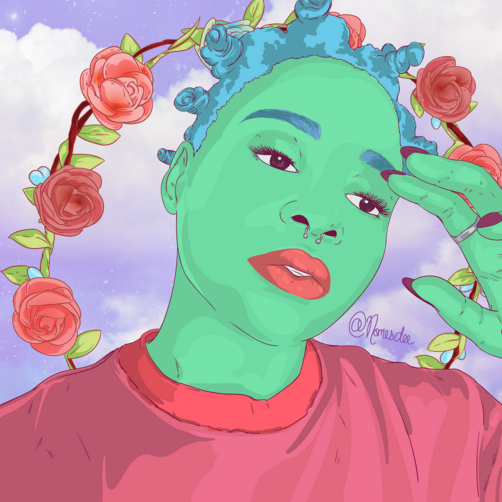 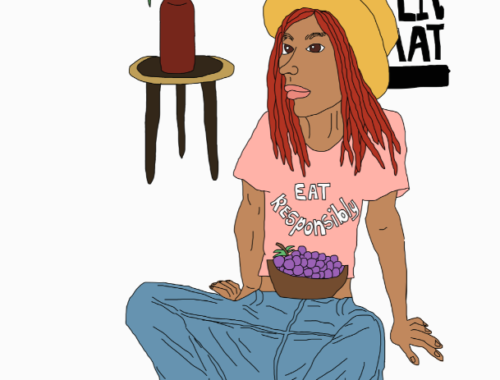 The importance of self-care 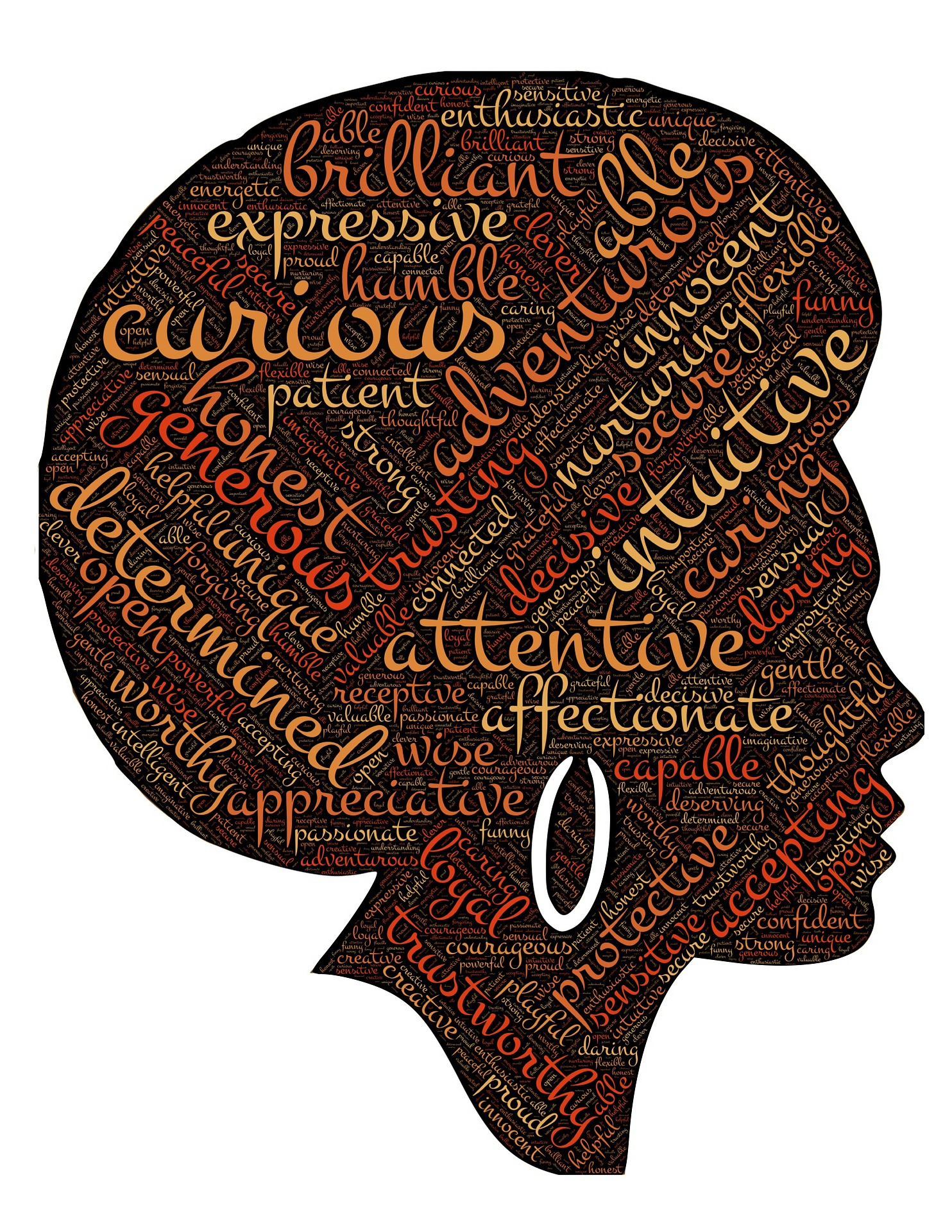 In this month’s MOXIE Chats our editor @mbongomu

🌼NEW MOXIE ALERT🌼 Our latest edition of the

We’re starting off our week with a reminder from

Hey MOXIEbaes, this is your mid-month reminder to

As we continue to grow, one thing MOXIE wants to e

“I won’t lie, I mostly started to watch this s

This month we were excited to feature Secanity, a

This weeks #tuesdaytip is all about making sure yo

🌼Here’s a lil motivation to kick start your w